LED tube lighting Pty. Ltd. manufactures 9 models of the T8 LED tube each suited to a particular purpose. We can also produce custom models. No other Australian company can provide this level of choice. LED tubes are a superior choice to fluorescent lighting, but the "one model for all purposes" approach does not provide the best solution or the greatest savings.

The LED industry is new and dynamic. Tubes are only as good as the component from which they are assembled. LED Tube lighting Pty. Ltd. assembles its tubes from market leading components, making our tubes the highest quality available in Australia. Details of these components are provided below.

LED Tube Designed for 24/7 Use

Our “Permanently On” LED tube is designed for 24 hour gyms, supermarkets, car parks and other businesses that require constant lighting. Our “always on” LED tube is designed to withstand the rigors of being used continuously. In 24/7 applications it is typically the driver that fails first. To increase the resilience of the tube, the driver is assembled from world class components. For example, we use a durable Rubycon capacitor from Japan. Rubycon have produced outstanding capacitors since 1952. We also use an Integrated Circuit from Silergy a Silicon Valley company renowned for the quality of their ICs.

Our “High Lumen” LED tube is designed for the highest possible efficiency and is suitable for applications that require a high luminous flux and very low power consumption. Our High Lumen tube can produce 140 lumens per watt which is the highest efficiency (we are aware of) in Australia. In order to achieve this remarkable performance, LED Tube Lighting Pty. Ltd. uses extra-large SMD5630 LEDs. These LEDs are rated to 150mA but are underutilized using only 50 mA. This underutilization of the LEDs together with a sophisticated isolated LED driver increases both the efficiency and lifespan of the LED tube.

Our LED sensor tubes are designed to conserve energy by reducing luminosity or turning off when the sensor detects that there is no activity. The LED sensor tubes come in two models, factory set and adjustable. As the name suggests adjustable sensor tubes may be set by the customer as to brightness and the period that the tube remains bright after it has been triggered. Our LED sensor tubes are suitable for car parks, corridors, hallways and any periodically or infrequently used areas. LED Sensor tubes can reduce energy consumption by 90% or more when compared to fluorescent tubes.

Our market leading Commercial LED tube is designed for general commercial and industrial application. The tube is suitable for areas such as offices, retail and carparks where LED tubes are on for long periods and business owners are looking improve lighting and reap the benefits of LED. The tube utilizes an external aluminium heat sink and high quality internal isolated driver.

Our Economy LED tube is suitable for use in general applications where the LED tube is not likely to be on for long periods of time such as garages, workshops and storerooms. The tube has a polycarbonate case, internal heat and non-isolated driver.

There are superior LED equivalents for almost all fluorescent, halogen or metal halide lamps used in commercial or industrial applications today. We manufacture LED lamps that can replace any size of linear fluorescent tube. We also produce lamps that replace compact fluorescent lamps with 2 pin and 4 pin G24 bases, 2 Pin G23 bases and E40, E27 and B22 bases. We manufacture LED bulbs up to 120w with E40 and E27 bases. These high wattage bulbs can effectively replace metal halide and halogen lamps of up to 400w. Our high watt LED lamps are suitable for existing high bay lights, commercial down lights and other industrial applications. We can manufacture LED street lights and floodlights to any wattage and luminosity.

We sell our own brand of LED Tubes that, like most more well know brands, are manufactured for us in China. We visit our manufacturers regularly and it has taken an enormous amount of work to find manufacturers that use the highest quality components, employ the best quality controls and build to Australian standards. All of our products have not only been manufactured to Australian Standards, they have been independently certified to comply and  each holds a Certificate of Approval from SAA. Our approval number is marked on our T8 tubes giving you the highest level of comfort that you are recieving a quality product that is safe to install. We only sell tubes that have been manufactured with the latest technology in terms of chip and driver. All of our tubes come with isolated drivers and have one ended power supplies for safety.

An LED or light-emitting diode is a semiconducting device that produces light from electricity. Because most of the energy used makes light, not heat, an LED is a very efficient source of light. 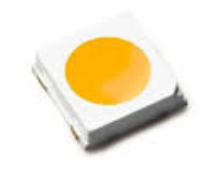 LEDs have been used for decades, but it is only recently that very bright LEDs have been developed for general purpose lighting. LEDs also have the advantage of longer life, smaller size and improved physical robustness.

All LEDs are not the same. The latest model is the SMD2835 which produces more light than previous versions and is superior in disbursing heat. SMD stands for surface mounted diode because the chip is mounted on a pad directly on he circuit board rather than above the circuit on wires.

How LEDs Work in Tubes

An LED tube is an array of LEDs in a tube that is designed to fit into a standard T8 or T5 fluorescent light fixture in place of a fluorescent tube. An LED tube uses much less electricity to produce the same illumination as a fluorescent tube.The tubes that house LEDs are typically made of just plastic or a combination of plastic and aluminum. Tubes that utilize a combination of plastic and aluminum are superior because the alluminium is stronger and also acts as a conductor of heat away from the other components of the tube.

All of the LED tubes that we supply are made of a combination of aluminum and plastic.

All of our LED tubes contain high quality chips manufactured by Epistar or Samsung but if you are shopping around beware, because all LEDs were not created equal! Some tubes contain older style LEDs that have no heat sink or are inefficient at producing light.

In order to operate on 240 volts LED tubes require a driver to convert the 240 volts to 12volts. These drivers may be external to the tube, clip onto the tube or be  housed inside of the tube.  If a driver is not of a high quality it may fail causing the light to stop working well before the LEDs have reached their useful lifespan of 50,000+ hours. Drivers may be isolated or non-isolated. Although LED tubes with non-isolated drivers are cheaper we only supply tubes with isolated drivers because they are the safest. Tubes and drivers must comply with Australian safety standards.

Why change to LEDs

Fluorescent tubes have been providing a source of lighting for over 80 years. Since 1951 more light has been produced by fluorescent tubes than by incandescent lighting. To this day T8 fluorescent tubes light the majority of offices, factories, parking garages and supermrkets throughout the world.

It no longer makes sense to wait. Book for a quotation today.